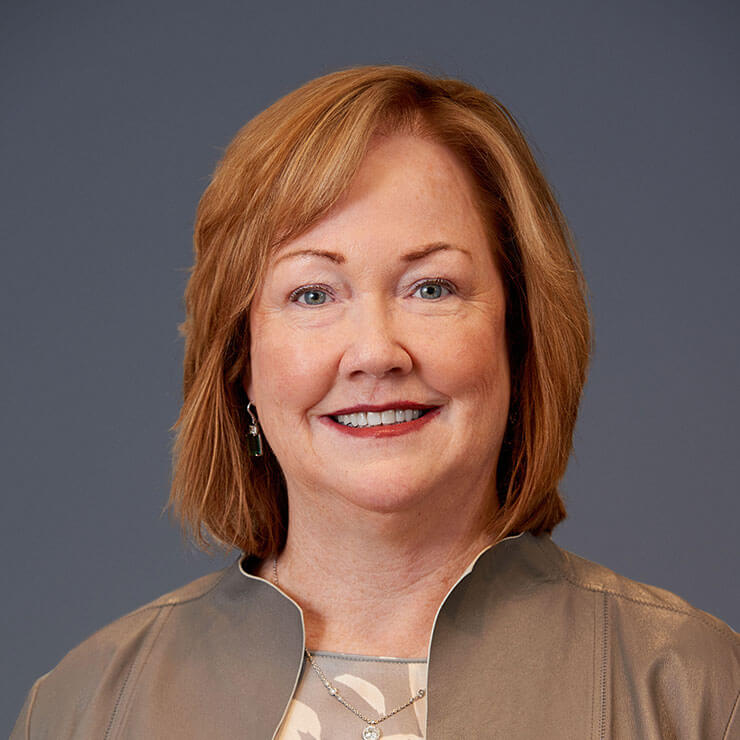 As Cequel III’s President and Chief Financial Officer, Mary Meduski is responsible for the finance and accounting functions of the company. She also serves in key capacities for Cequel III-managed TierPoint, where she is President and Chief Financial Officer and a member of that company’s Board of Directors. For TierPoint, Mary oversees finance, accounting, information technology, human resources, and other strategic business operations.

Mary has nearly 30 years of financial experience in the media, telecommunications, and technology industries. Prior to her positions with Cequel III and TierPoint, Mary served as Executive Vice President and Chief Financial Officer of Suddenlink Communications, a cable broadband provider serving more than 1.5 million residential and business customers in 17 states. She joined Suddenlink in 2006 and was named to that company’s Board of Directors in 2012.

Before joining Suddenlink, Mary served as Executive Vice President and Chief Financial Officer of AAT Communications Corp., the largest privately owned wireless tower company in the United States at the time. Prior to joining AAT, she was a Managing Director in the Media and Communications Investment Banking Groups of TD Securities and BankBoston Securities.

Mary was named one of the St. Louis Business Journal’s Most Influential Business Women of 2016. She was awarded one of the cable industry’s highest honors, the Distinguished Vanguard Award for Leadership in 2015; and in 2012 was named a Multichannel News Wonder Woman. Mary was included on CableFAX’s list of Most Powerful Women in Cable in each of the 10 years from 2006 through 2015. She served as Chair of the National Board of Women in Cable Telecommunications (WICT) and as a member of the Finance, Governance, and Leadership Development Committees of the WICT National Board.

Mary is also a member of the Board of Directors and serves on the Board Audit Committee for Cable One, Inc. She holds a Bachelor of Arts degree from Cornell University and currently serves on the Cornell University Board of Trustees, the President’s Council of Cornell Women, and the College of Arts & Sciences Dean’s Advisory Council. She holds an MBA from Boston University, where she graduated first in her class.